Size750mL Proof75 (37.5% ABV)
This pink gin is inspired by an original Gordon’s recipe from the late 19th century.
Notify me when this product is back in stock. 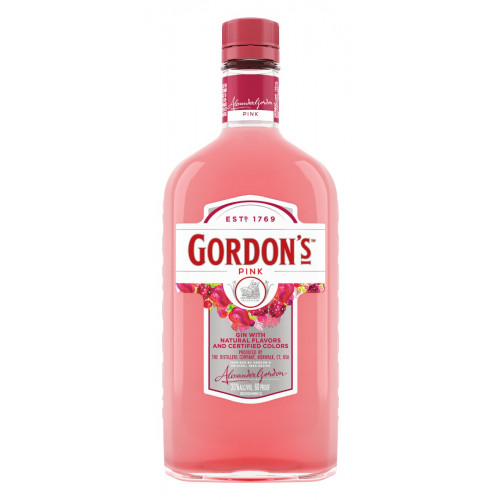 Gordon’s Gin is one of the most renowned gin brands in the world. Founded in 1769 by Alexander Gordon, the facility’s production eventually moved to Clerkenwell in 1786 before expanding its global reach throughout the 1800’s, winning the hearts of many.

The surge in demand for gin served as the basis for the brand’s incredible success. The famous British distillery is now based on the Laindon site in Basildon, Essex, relocating to meet the high demands of production. The facility still houses a historic copper still that dates back over 200 years, named ‘Old Tom.’

This pink gin is inspired by an original Gordon’s recipe from the late 19th century. The fresh taste of Gordon’s complements the natural tangy sweetness of raspberries and strawberries.

The fresh taste of Gordon’s complements the natural tangy sweetness of raspberries and strawberries.