Size750mL Proof92 (46%ABV)
This expression is triple-distilled from 100% Irish malted barley in the Wicklow mountains. After its initial 7 years of maturation in ex-bourbon casks, it is transferred into rare Japanese Mizunara oak casks for another 8 to 12 months, resulting in a vibrant, aromatic, and bright whiskey. 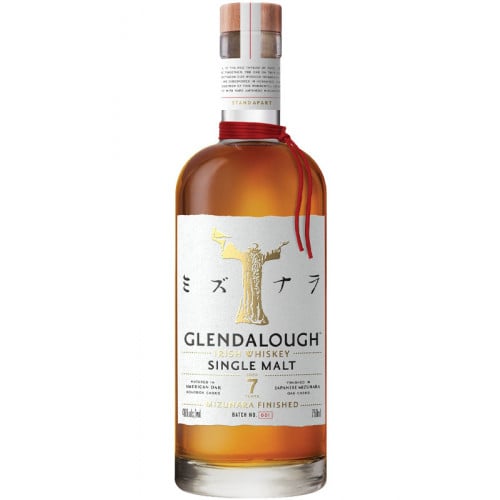 This Glendalough 7-year-old is triple distilled from 100% Irish malted barley. After spending 7 years in ex-bourbon casks, it's a lively, bright, sweet, and smooth whiskey. It then goes into Mizunara (Japanese oak) casks with a level 3 char for 8 to 12 months. Finally, the vibrant whiskey is bottled at 92 proof.

The vibrant nose is lush with bright, fruity, and floral aromas. You'll find malt, biscuits, honey, citrus, and orchard fruit notes on the palate. The finish is smooth and complex with chocolate, orange zest, cinnamon, and a touch of sandalwood.