Learn more
Size750mL Proof80 (40% ABV) *Please note that the ABV of this bottle may vary
This elegant single malt is finished for eight months in Port pipes from Porto Cruz, the N°1 Porto company in the world. 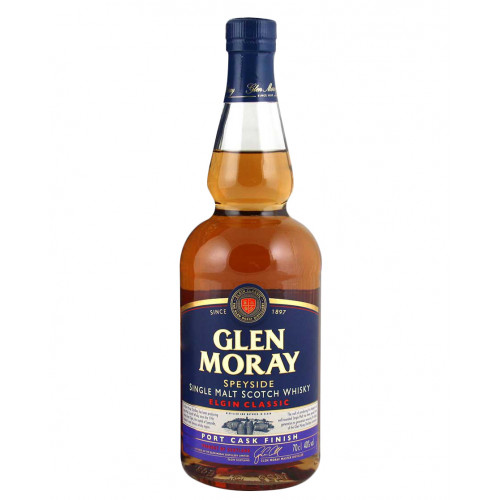 Glen Moray single malts are produced entirely onsite, in pot stills, from the distillery’s own water and malted barley. A tradition that dates back to 1897. The whiskies mature in American oak casks sourced from North America. The result is a signature single malt with every bit of Speyside character: soft and fruit-laden. This elegant single malt is finished for eight months in Port pipes from Porto Cruz, the N°1 Porto company in the world. Expect intense notes of summer fruit, dark chocolate and cinnamon and a distinct pink hue.

Toasted vanilla and light oak, rich dried fruits on the nose. The palate has notes of refreshing spice with a tang of citrus, and caramelized sweetness with cinnamon. The finish is lingering, with sweet spice and delicate oak.