Caskers Rewards members earn up to 1 store points back when buying this bottle.

Size750mL Proof80 (40% ABV)
Matured in two types of bourbon casks, this whisky earned the Silver Medal at the International Wine & Spirits Competition in 2014.
Notify me when this product is back in stock. 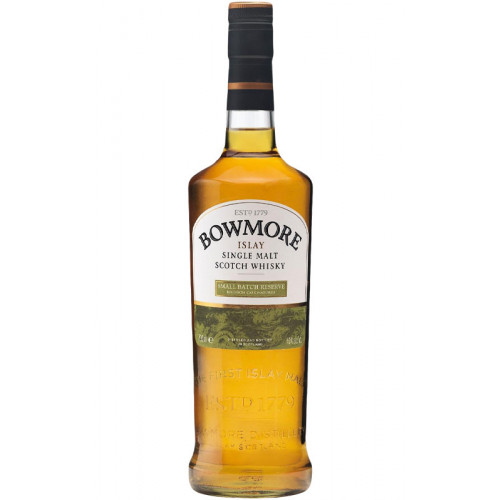 Bowmore’s Single Malt Whiskies are made from barley that has been expertly cultivated in the rolling hills of Scotland. Once the barley has been harvested, it is malted and peated at the distillery — Bowmore remains one of the few Scottish distilleries that continues to hand-turn, malt, and peat its own barley. Unlike some other distilleries on Islay, however, the drying process is much shorter at Bowmore — only 15 hours — and utilizes only half as much peat, resulting in a Whisky with a robust yet still mild smoky flavor.
Explore all Bowmore bottles >>