Size750mL Proof25 (12.5% ABV)
This vintage rosé Champagne is the product of a warm and dry season with a heatwave in July, an uncharacteristically cool and damp August, and a long summer. It's a blend of 56% Pinot Noir and 44% Chardonnay, 20% being red wine. 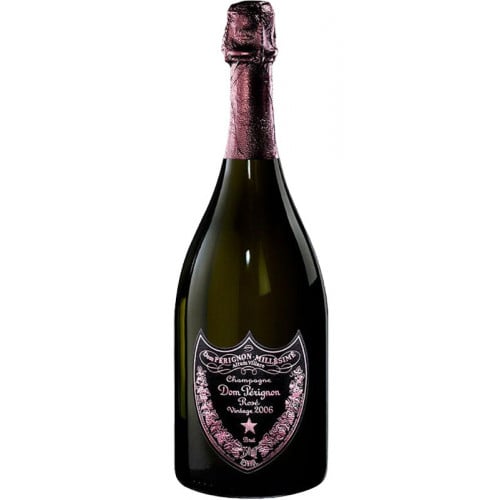 Moët & Chandon is one of the largest producers of Champagne in the world and the co-owner of LVMH Moët Hennessy Louis Vuitton. Its roots date back to 1743 when Moët et Cie was founded by wine trader Claude Moët. During the reign of King Louis XV, the demand for Champagne was rising, prompting the Champagne house to ship its wine to Paris. The company was renamed Moët et Chandon in 1833, launching its first vintage Champagne in 1842, and the flagship Brut Imperial some 20 years later. Today, the winery produces nearly 30 million bottles per year and owns 2,900 acres (1,190 hectares) of vineyards.

The house is known for its distinctive bright and fruity style. Each stage of production relies on the vast know-how of "vine growers, vat men, cellar men, oenologists and other professionals all united by the strong principles that constitute our core values." The Champagne is crafted under the watchful eye of Chef de Cave Benoît Gouez, who ensures that each bottle is brimming with Moët & Chandon character.

The house is best known for producing Dom Pérignon Champagne. Named after a 17th-century Benedictine monk who pioneered several winemaking techniques, the Champagne brand is an institution. Up until 1943, Dom Pérignon was a special bottling of Moët & Chandon Champagne, but from 1947 onward, its production is separate. It's always a vintage Champagne.

Dom Pérignon Rosé Vintage 2006 is the product of a warm and dry season with a heatwave in July and an uncharacteristically cool and damp August. The summer was longer, saving the vintage. It's a blend of 56% Pinot Noir and 44% Chardonnay, 20% being red wine. Aged 11 years on lees, it was disgorged in 2018, and aged for another year. The full and intense wine pairs well with simple Mediterranean cuisine.

Grab your bottle of this rosé Champagne today!

The bouquet is complex with dark spice and cocoa quickly developing into lush fruit with fig, apricot, and candied orange, along with hints of smoke. It's full and intense on the palate with a pleasant sweetness and silky mouthfeel with vegetal and briny hints.