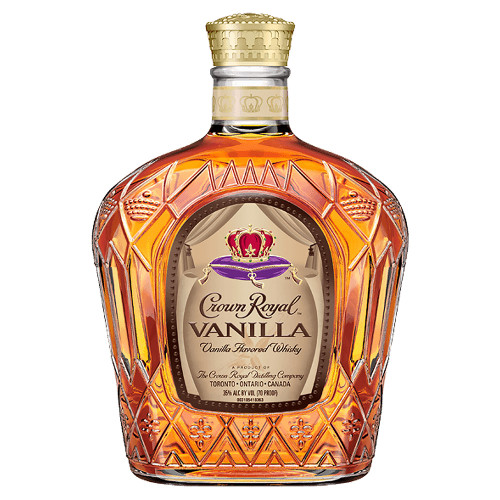 This Flavor Series expression is one of four flavored whiskies of Crown Royal, including Salted Caramel, Vanilla, and Peach. Crown Royal is crafted from some of the purest water sourced from Lake Winnipeg, naturally filtered through the limestone beneath and a grain blend of rye, corn, and barley. Approximately 80% of the grain used in production is sourced from Manitoba and the surrounding area. Crown Royal’s signature blend is distilled through twelve distillation columns. After the whiskies have been expertly aged, they are blended meticulously.

The Crown Royal Vanilla is a blend of some of the highest quality Crown Royal whiskies, hand-selected by Crown Royal Master Blenders. The expression is infused with Madagascar Bourbon Vanilla, before being bottled at 70 proof. It's a bold Canadian whiskey that is smooth and has a distinct vanilla richness that is designed to work particularly well in various mixed drinks.

The nose opens with vanilla beans and a touch of oak. The palate is creamy and rich with prominent vanilla, as well as gentle spice, and a sweetness that isn't overdone. Finishes slightly warming with a lingering crème brulee note.