Size750mL Proof70 (35% ABV)
Distilled five times French Vanilla CÎROC is a lusciously smooth infusion for your favorite cocktails.
Notify me when this product is back in stock. 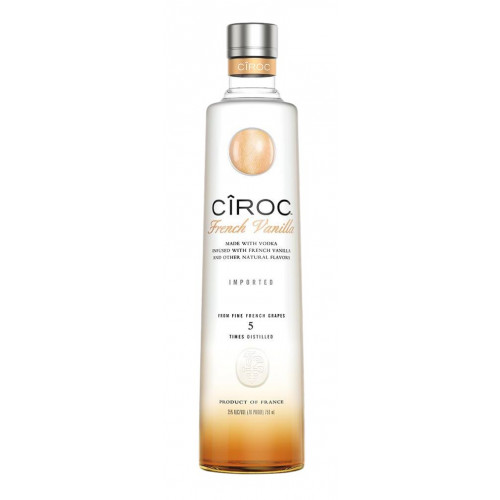 CÎROC French Vanilla is handcrafted from quintuple distilled vodka, using fine French grapes, then infused with Madagascar vanilla and other natural flavors, yielding a uniquely rich and creamy taste. Enjoy it on the rocks, as a shot, or mixed in your favorite cocktail.

Vanilla cream with hints of vanilla bean on the nose, followed by rich French vanilla ice cream on the palate, with a subtle underlying, signature Ciroc flavor. The finish is creamy, silky and smooth.