Size750mL Proof123.6 (61.8% ABV)
Crafted by Japan's smallest distillery, this whisky was named Japanese Whisky of the Year by Whisky Advocate in 2012.
Notify me when this product is back in stock. 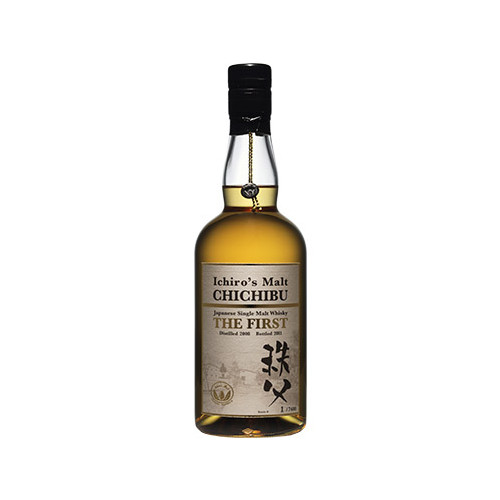 For nearly three centuries, Ichiro Akuto's family brewed sake along the banks of the Tone River in central Japan. Following the end of World War II, his family received a distiller's license and purchased two second-hand stills from a Scottish distillery. By the turn of the century, however, his father had made the difficult decision to dismantle the stills and sell the 400 casks of remaining whisky that were still maturing in the distillery's rickhouses. Fueled by a belief in the potential for Japanese single malts, Ichiro purchased the casks from his father. In addition, Ichiro began studying distillation techniques at Benriach and Springbank Distillery, before returning to Japan and constructing a state-of-the-art distillery in Chichibu.Chichibu The First is the first official release of whisky from the Chichibu Distillery. The whisky was made by marrying together eight casks of maturing whisky, seven of which were crafted from American oak and previously used to mature bourbon and one crafted from Japanese Mizunara oak. Following a three-year maturation period, the whisky was bottled at cask strength. Chichibu The First Japanese Single Malt Whisky has an aroma of sandalwood, herbs and citrus, which gives way to notes of barley, woody spices and whipped cream on the palate. The finish is elegant and smooth, with touches of citrus, vanilla, caramel and plum. The whisky was named the Japanese Whisky of the Year by Whisky Advocate. Pick up a bottle today!

Aroma of sandalwood, herbs and citrus, which gives way to notes of barley, woody spices and whipped cream on the palate. Finish is elegant and smooth, with touches of citrus, vanilla, caramel and plum.