Caskers Rewards members earn up to 4 store points back when buying this bottle.
Size750mL Proof80 (40% ABV)
Inspired by the legend of “Big Black Dick” the pirate, this brazen novelty rum is produced in the Cayman Islands.
Notify me when this product is back in stock. 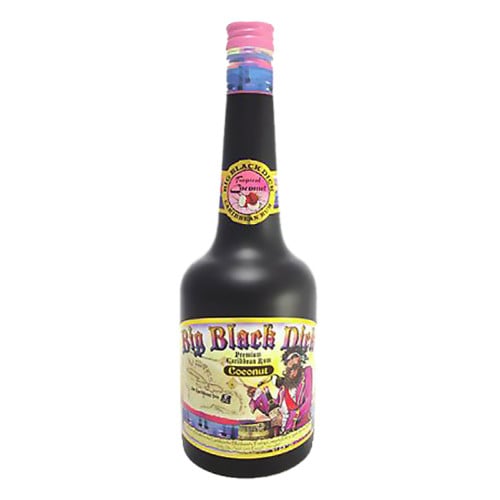 According to "legend," Big Black Dick is believed to have been a strapping pirate born of ‘Royal African parentage.’ After being captured by French slavers, they renamed him ‘Richard Le Noir‘ (‘Black Richard’). He’s said to be responsible for his rum recipe, eventually gaining his freedom in the early 1700’s.

Bottled at 40 % ABV, this brazen novelty rum is a product of the Cayman Islands. Its recipe remains a secret. Expect sweet, deep notes of thick molasses, dried fruits, and tobacco.

Notes of coconut caramel, dried fruits, coconut, spice, pine, sour and vanilla sweetness all throughout the nose and palate. The finish is short and smooth.