Size750mL Proof80 (40% ABV)
Distilled from raw, organic Vermont honey, each bottle of this vodka is sealed with beeswax.
Notify me when this product is back in stock. 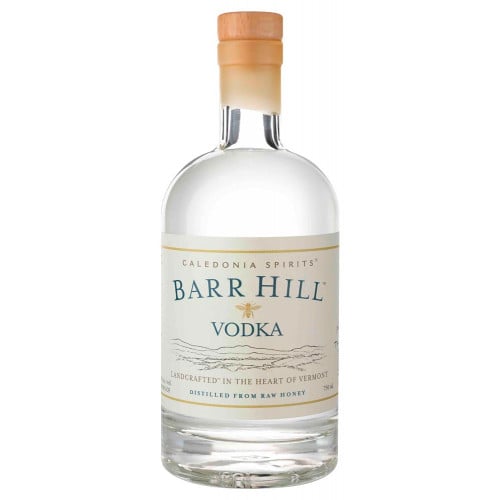 Barr Hill Vodka is crafted from raw, organic Vermont honey sourced from one of Hardie's now 1,900 colonies. "Honey is incredibly expensive to harvest," Hardie notes, and harder still to ferment. "Even with a Bachelor's of Science in agriculture, I didn't know that the way you're taking care of your bees and your people goes into every product — every bottle,"he says. "With a strict science background, they don't teach you that, but it's true. The consumer will know the difference between a good and a mediocre product."

After cold fermenting the honey for approximately three weeks, Hardie, together with Ryan Christiansen, Caledonia Spirits' master distiller, distills the wash through a 25-gallon custom-designed fractionating column still. After distillation, each bottle of Barr Hill Vodka is brought to proof and sealed with beeswax (what else did you expect?) cut from a huge hunk of luminous lemon-yellow wax from Singing Cedar Apiaries.

Barr Hill Vodka has soft notes of honey and vanilla, with a smooth, clean finish and a unique, crisp texture. "The best fertilizer is always the footprint of a farmer," says Hardie. This vodka has his footprint all over it.

Notes of honey that are soft and elegant. Hints of vanilla and pepper on the finish with a crisp texture.