Size750mL Proof70 (35% ABV)
Named after the Spanish word for lemon, this refreshing and light flavored rum actually gets its flavors from three citrus fruits: lemon, lime, and grapefruit. Great for fruit-forward cocktails.
Notify me when this product is back in stock. 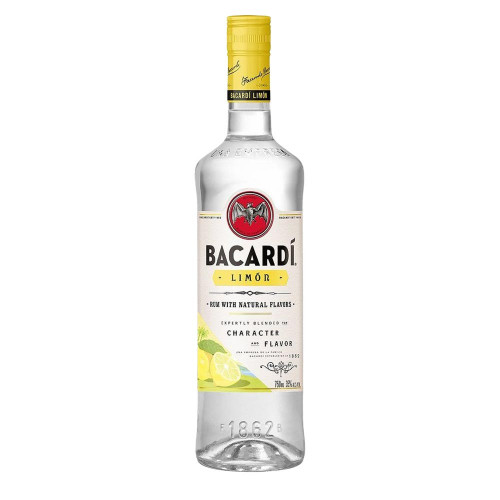 Named after the Spanish word for lemon, Bacardi Limon Rum is actually made from a blend of natural flavors of three citrus frits: lemon, lime, and grapefruit. Bottled at 70 proof, this light and refreshing rum is perfect for mixing with lemonade and making the signature, refreshing Bacardi lemonade. Gluten free, it amounts to 100 calories per serve, making it a great summer cocktail option.

A refreshing and sweet nose greets you upfront. The palate is light with citrus flavors balanced by sweet notes, molasses and just a touch of biterness. The finish is sweet and fresh.