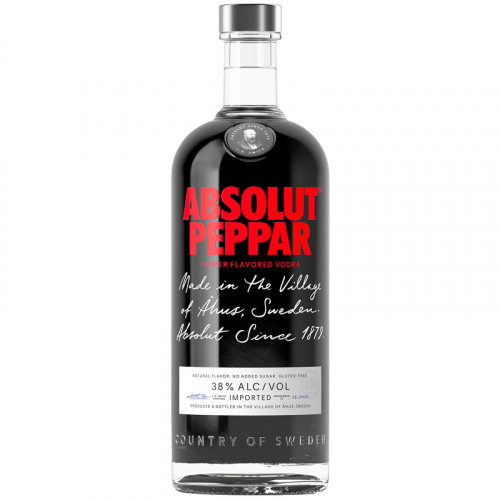 Absolut Peppar Vodka is a great way to expand your home bar.

Absolut Peppar Vodka doesn't have any reviews yet. Let's change that. Head out to the Review tab to leave your feedback.

On the nose, Absolut Peppar Vodka really impresses with notes of green bell pepper, jalapeño, and bold black peppercorn. The palate is inviting and offers a subtly sweet flavor, culminating in a pleasantly spicy finish with vegetal notes.