Yellowstone National Park was established in 1876, and just a few short years later, the Yellowstone Kentucky Straight Bourbon Whiskey brand would emerge with an equally-rich story. J.B. Dant, legendary distiller and son of J.W. Dant, first began distilling in the late 1800s, using a "log still" instead of the more popular — yet more expensive — copper pot stills (a log still is made by hollowing out a tree trunk and lining the interior with copper pipes, a cheaper yet still effective way of distilling).

As Dant’s Yellowstone brand gained popularity in Kentucky, he was able to purchase other nearby distilleries and formalize his process. In the early 1900s, it was through this expansion that Dant began working more closely with M.C. Beam of the illustrious Beam family. Together, Dant and Beam operated their network of facilities as the Yellowstone Distillery, and continued to produce Yellowstone Kentucky Straight Bourbon Whiskey for "medicinal purposes" throughout Prohibition.

Although the Yellowstone brand changed hands several times throughout the 20th century (first to Diageo and recently to Luxco) and eventually fell out of favor, Luxco, along with the Beam family’s new Limestone Branch Distillery, has recently revitalized the brand, unearthing an old Beam family recipe and partnering with Paul and Steve Beam to create a spectacular bourbon that pays homage to the original.

Yellowstone Select Kentucky Straight Bourbon Whiskey has been hand-picked by Paul and Steve Beam, and is a marriage of two high-rye Kentucky straight bourbon whiskies, one aged four years and another aged seven years. According to the Beam brothers, the idea was to create a "well-rounded bourbon — a spicy rye taste at first rounding out with caramel notes and a rich, brown sugar finish that highlights Kentucky tradition."

Indeed, the bourbon has spicy aromas of rye toast and cinnamon spice, which lead to a palate filled with caramel, melted butter and leathered cherries. The finish is slightly tangy, with additional notes of burnt brown sugar and cloves.

Pick up a bourbon rich in Kentucky tradition today!

Spicy aromas of rye toast and cinnamon spice, which lead to a palate filled with caramel, melted butter and leathered cherries. Finish is slightly tangy, with additional notes of burnt brown sugar and cloves. 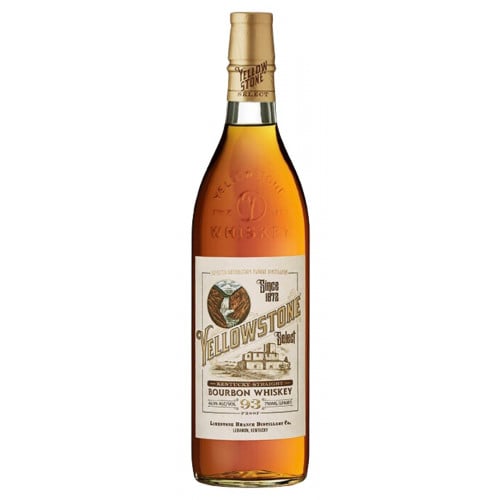