Size750mL Proof80 (40% ABV)
This sweet & spicy rested tequila is made with 100% blue agaves that take between 6 to 8 years to mature. The triple-distilled spirit then spends at least 4 months in American oak barrels.
Notify me when this product is back in stock. 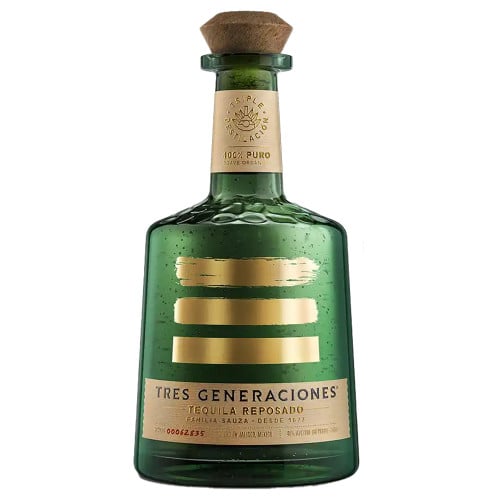 Tres Generaciones now has an unaged Plata, rested Reposado, and an aged Añejo expression in their lineup. Crafted with 100% blue agave, the Reposado is triple-distilled and rested in American oak casks for at least 4 months. Smooth, peppery, and spicy, it has delicious fresh agave notes

Get your bottle of this delicious rested tequila today!

It's a sweet and spicy tequila with pepper, spice, herbs, and oak on the nose. It's smooth and round on the palate with a gentle sweetness, spice, toasted oak, as well as plenty of herbs and fresh agave notes. The finish is warm and dry with a touch of white pepper.