Size750mL Proof76 (38% ABV)
This unaged tequila is the purest agave expression in the Tres Generaciones lineup. Crafted with 100% blue weber agaves, the triple-distilled spirit is bottled at 76 proof and features a clean and smooth profile with agave, citrus, and floral notes. 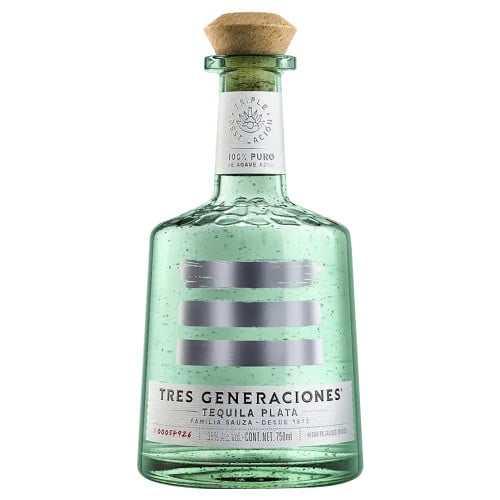 Tres Generaciones now has an unaged Plata, rested Reposado, and an aged Añejo expression in their lineup. The Plata is the purest expression of agave flavor. The crystal-clear spirit is triple distilled from 100% blue agaves that have reached full maturity. Clean and smooth, the 76-proof tequila has prominent fresh agave, citrus, floral, and spice notes.

Get your bottle of this delicious unaged tequila today!

The nose has mild fresh agave aromas along with citrusy and floral undertones. It's spicy on the palate with herbal and fresh agave notes. The finish is smooth, clean, and fresh with lingering white pepper.