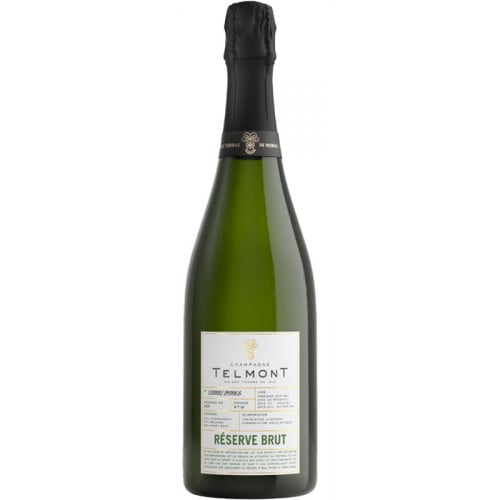 The beginning of the 20th century was tough on grape growers in the Champagne region. Following several years of crop losses and pests, the Champagne Riots of 1911 had the frustrated vine growers revolt against the practice of sourcing grapes from outside the region that the Champagne Houses adopted. The same year, Henri Lhôpital composed "Gloire au Champagne," urging the winemakers to uphold the region's quality standards. The following year, Lhôpital took matters into his own hands and founded his own House. His son André named the brand Champagne de Telmont in 1947. In 1968, the House was relocated to 1 Avenue de Champagne, Damery, where it remains to this day.

2017 marked the year that Telmont received its first organic certification ― a sign of things to come. In 2020, Rémy Cointreau became a majority shareholder with Bertrand Lhôpital remaining the cellar master and head of viticulture, continuing the legacy of his family. Today, the House is steadily being steered towards organic Champagne and sustainability. In 2021, they released their first certified organic cuvée, the Réserve de la Terre. By 2025, Telmont aims to have 100% of the estate's vines be organic, and by 2031, so will all their winegrower partners.

Réserve Brut Champagne is a blend of 7 years and 3 grape varieties: 43% Chardonnay, 37% Meunier, and 20% Pinot Noir. Having spent 3 years in the cellars, it's a balanced wine with a rich, fruity, and fresh profile that showcases the terroir with beautiful notes of honeysuckle, vanilla, plum, and marzipan. It pairs particularly well with caviar.

Grab your bottle of this Champagne today!

It's a rich, balanced, and fruity Champagne with an elegant foam. You'll find honeysuckle and vanilla on the nose with enticing aromas of baked plum, spice, tropical fruit, marzipan, and a mineral finish.