Size1750mL Proof94.6 (47.3% ABV)
Tanqueray No. TEN Gin is made from whole citrus fruits. Its unique citrus-forward flavor profile was crowned with the title Bartenders' Choice of Gin at the 2020 Drinks International Awards. Ideal for cocktails.
Notify me when this product is back in stock. 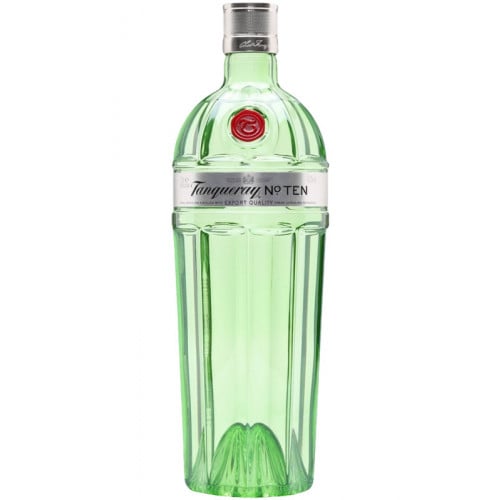 Tanqueray No. TEN Gin is distilled from fresh whole citrus fruits, honoring a special recipe. Perfectly balanced with a unique full-bodied character and refreshing flavor profile, this spectacular gin was crowned with the title Bartenders' Choice of Gin and it was one of the top-trending gins at the 2020 Drinks International Awards. Best enjoyed in modern, gin-forward cocktails.

After merging with Gordons & Company in 1898, Tanqueray had successfully established itself as a formidable force in the spirits industry. The Tanqueray facility was nearly destroyed in 1941, during the great air raid of 1941. Only one of the stills survived, the still known as “Old Tom”, which still resides at Tanqueray’s permanent home in Cameron Bridge, Scotland. The brand is now owned by industry giant Diageo.

Get Tanqueray No. TEN Gin today!

Greeting with a clean nose and fresh citrus aromas, it offers a well-balanced and full-bodied, citrus-forward palate and a unique flavor profile. The finish is clean and refreshing.