Size750mL Proof30 (15% ABV)
Handcrafted in Brooklyn by a tiny team, this unique floral liqueur is made with New York grain alcohol, North American hibiscus, Brazilian clove, Indonesian cassia, Nigerian ginger, and Indonesian nutmeg, and pure cane sugar.
Notify me when this product is back in stock. 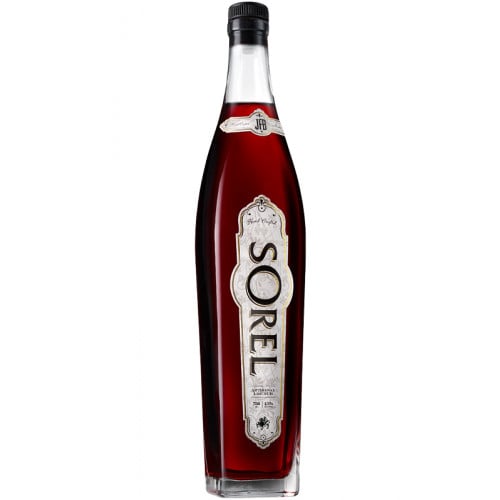 The original sorrel liqueur was a product of the spice trade, its first versions dating back to the 1600s. At the time, hibiscus flowers were imported from West Africa. The flowers reached the Caribbean once the Transatlantic trade began, eventually finding their way into a Caribbean drink. The sorrel started with British officers adding rum to tea, ending up with what was at that time called "The Red Drink".

After beating a spinal tumor, Jack Summers decided it was time for a career change. He left corporate America and opened the JackFromBrooklyn micro distillery in 2012, becoming the first black American with a license to make liquor after Prohibition. The tiny distillery is situated in an old building in Brooklyn. Summers soon set his sights on the historic floral liqueur.

Sorel Liqueur is handcrafted with New York grain alcohol, North American hibiscus, Brazilian clove, Indonesian cassia, Nigerian ginger, and Indonesian nutmeg, and pure cane sugar. Bottled at 30 proof, it's a deliciously floral liqueur with notes of spices, fruit, and citrus. It's a super-versatile liqueur that is immensely sippable as well as having a broad potential for use in cocktails.

Get your bottle of this unique liqueur today!

The nose has plenty of spice, citrus zest, and aromatic floral notes. The palate has a pleasant sweetness with a balance of floral, fruity, and citrusy notes with clove, ginger, and hibiscus, culminating in a bright and fresh finish.