Learn more
Size750mL Proof91.2 (45.6% ABV) *Please note that the ABV of this bottle may vary
Russell Henry Dark Gin is a dark twist on their traditional London Dry recipe, essentially their London Dry, aged in new bourbon and new cognac barrels for a year. It earned 96 points, "Extraordinary Ultimate Recommendation" at the 2016 Ultimate Spirits Challenge.
Notify me when this product is back in stock. 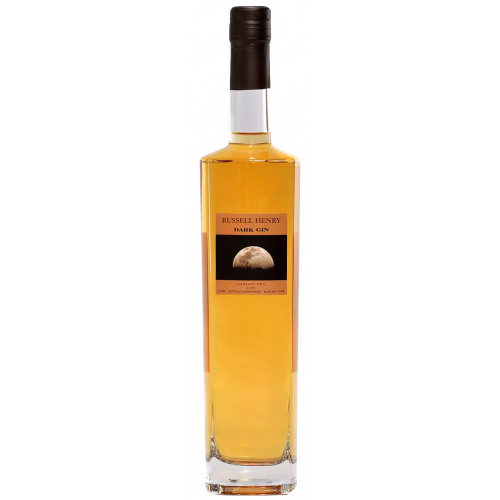 Russell Henry Dark Gin is a dark twist on their traditional London Dry recipe, essentially their London Dry, aged in new bourbon and new cognac barrels for a year. Its time in the barrels turns the well-balanced light pine flavors into something exquisitely exotic and aromatic. With its sweet, peppery and wood flavors, this distinguished gin is a limited edition expression, with only 100 cases.

A rich and complex Gin with sweet, exotic aromas of burnt sugar on the nose. More traditional elements of pine, peppermint, and rose on the palate, along with flavors of juniper, vanilla, and wood. The finish is soft, lingering, and intense.