Size750mL Proof90 (45% ABV)
Named after the Spanish word for “rock” Roca Patrón Silver is handcrafted using a two-ton volcanic stone Tahona, a centuries-old tequila tradition.
Notify me when this product is back in stock. 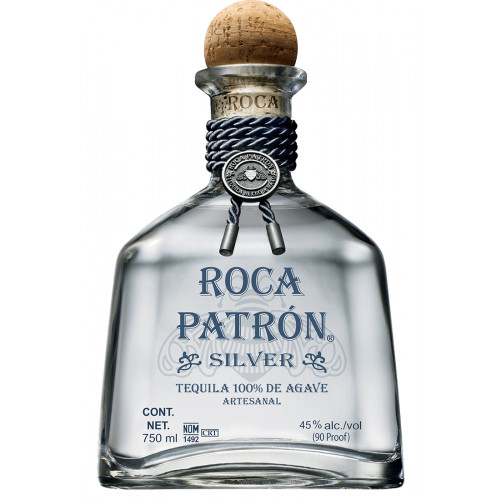 Named after the Spanish word for “rock,” the Roca Patrón lineup is bottled at a higher ABV than Patrón’s core range and produced using traditional artisanal methods. Roca Patrón Silver has crisp flavors of fresh citrus on the nose, earthy flavors of cooked agave, black pepper, and citrus on the palate, followed by a complex finish.

4.9 out of 5
(3 reviews)
Write a review
Real email address is required to social networks
Sign in
Login with Google
Login with Facebook
Or
We also recommend