Be the first to review this product
Crafted with a secret recipe of 8 botanicals, this 90-proof amaro makes a delicious digestif. Developed by a pharmacist in Piedmont, it features an infusion of herbs, spices, and citrus fruits.
Add to Wish List
Notify me when this product is back in stock.

Riserva Carlo Alberto has a rich history that is intertwined with Turin's alchemy. The Italian city was known for its search for the essence of humanity, taking form in vermouth, the famous aromatized fortified wine. Turin is the birthplace of modern vermouth and Riserva Carlo Alberto was in the midst of it all since its inception in 1837. The same vermouth recipe that was once crafted for King Carlo Alberto was passed on to Tumalin Baracco Bartolomé de Baracho, who named the drink after the king.

Today, Riserva Carlo Alberto is still led by the same family with their vermouth relying on the alchemic formula of the great-great-grandfather. Over the years the operation has expanded to include wines and liqueurs, always staying true to tradition.

While their flagship product is still the vermouth, Riserva Carlo Alberto produces the delicious Amaro Mandragola using a secret recipe that contains 8 botanicals. Bottled at 90 proof, its recipe was developed by a pharmacist from Piedmont. The infusion of herbs, spices, and citrus fruits is known for its digestive properties making it a delicious after-dinner drink.

Get your bottle of this amaro today!

It's a pleasantly bittersweet amaro with a herbaceous nose with hints of citrus and medicinal undertones. The palate is intense and rich with fruit, citrus, spices, and a touch of nuttiness, culminating in a long and warm finish. 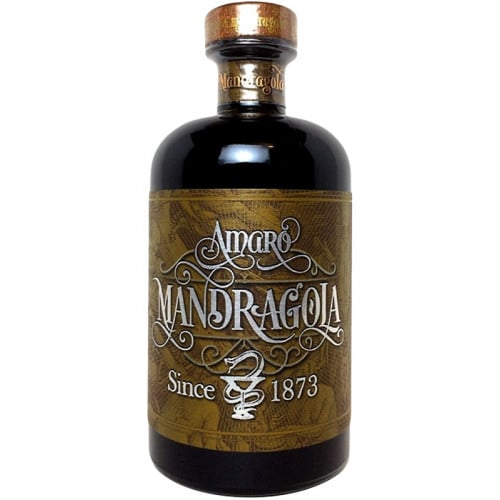