Size750mL Proof110 (55% ABV)
Distilled from a 400 year old recipe, Chartreuse Green Liqueur earned a score of 96-100 points from Wine Enthusiast, which called it one of the Top 50 Spirits of the Year.
Notify me when this product is back in stock. 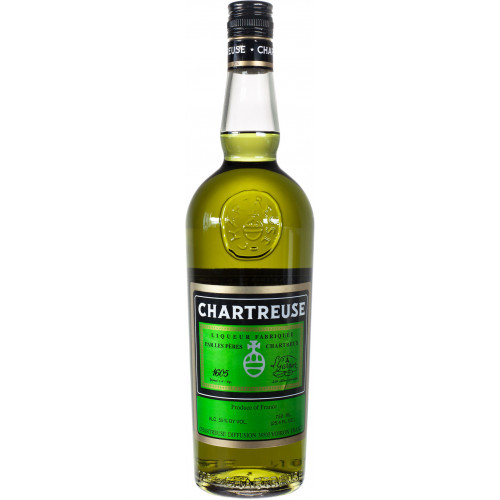 In 1605, Carthusian monks living just outside the city of Paris received a gift from Francois-Annibal d'Estrées, the Marshall of the King's Artillery. The gift was a manuscript that Francois had inherited, and detailed a recipe for a liqueur that was simply named "Elixir of Long Life." The manuscript was nearly impossible to decipher and in the beginning of the 18th century, was sent to La Grande Chartreuse. In 1737, Frère Jerome Maubec, the monastery's apothecary, unraveled the mysterious recipe, which called for the use of over one hundred herbs and botanicals.

Today, Chartreuse Liqueur continues to be made exclusively by Carthusian monks and remains one of the oldest and most mysterious spirits available. Only three monks from the order know the recipe to make the liqueur, and each has taken a vow of silence in order to protect its integrity.

Chartreuse Green Liqueur is made according to the recipe bequeathed to the monks by Francois-Annibal d' Estrées. The recipe calls for the maceration of over 130 different herbs, plants, roots and botanicals that can be grown near the French Alps into a base wine. Following maceration, the liqueur is aged in oak vats for five years. As a result, the liqueur has an intensely vegetal aroma, with hints of cloves, thyme, lemon, rosemary and cinnamon.

Chartreuse Green Liqueur earned the Double Gold Medal at the San Francisco World Spirits Competition, and a score of 95 points at the Ultimate Spirits Challenge in 2012. It also earned a score of 96-100 points from Wine Enthusiast, which called it one of the Top 50 Spirits of the Year.

4.9 out of 5
(3 reviews)
Write a review
Real email address is required to social networks
Sign in
Login with Google
Login with Facebook
Or
We also recommend