Size750mL Proof80 (40% ABV)
This premium vodka starts with neutral grain spirit that is made from 100% wheat. It is then re-distilled in Kansas City on a 750-gallon copper pot still before being charcoal-filtered and bottled at 80 proof.
Notify me when this product is back in stock. 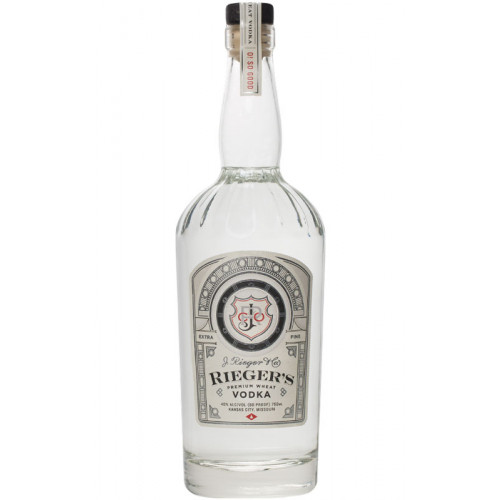 Where most vodkas on the market aren't produced from grain, J. Rieger & Co. Premium Wheat Vodka starts from neutral grain spirit that is distilled from 100% wheat. Instead of simply cutting it down to proof, they re-distill the spirit in Kansas City under the watchful eye of Head Distiller Nathan Perry using a 750-gallon copper pot still. While a percentage of the vodka is lost due to cutting the heads and tail, this results in a purer spirit with an exceptionally clean flavor profile and unparalleled smoothness. The vodka is then charcoal filtered and bottled at 80 proof.

Get your bottle of this wheat vodka today!

The vodka is exceptionally pure and crisp with a soft sweetness and maltiness, as well as subtle hints of nuts and peppery spice. The finish is clean and super-smooth.