$56.99
Caskers Rewards members earn up to 2 store points back when buying this bottle.

Size750mL Proof56 (28% ABV)
This Reisetbauer rendition of a historical UK favorite is lightly sweet on the palate, with Hungarian sloe berries enhancing the natural flavors and sweetness of the botanicals of Reisetbauer’s more traditional Blue Gin. 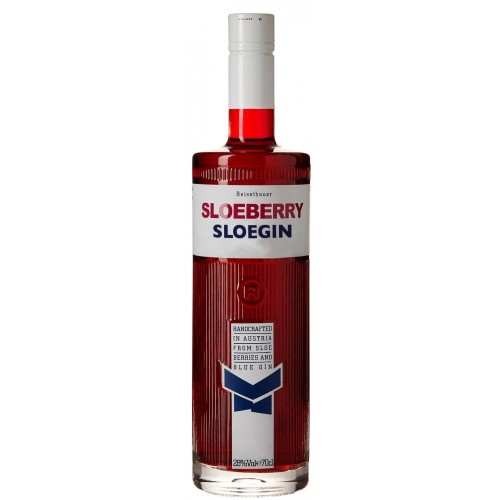 In 1994, on his family farm in Axberg Austria, a man named Hans Reisetbauer was hard at work achieving his vision; the art of distilling. From the planting of his first orchards, Hans displayed the most meticulous care for his harvest, which in turn yielded high-quality fruits to distill his eau-de-vies. Han’s Austrian farm is home to 13,000 pear trees, as well as 7,000 apple trees. All of these fruits are harvested by hand, which is impressive considering its scale. The fruits are also grown sustainably and organically.

The orchard boasts an extensive range of apples at the “Kirchdorfergut," including the Arlet, Elstar, Gala, Boscop, Idared, Topaz, Rubinette and Pinova varieties. Their range of pears is also quite diverse, which includes the famous Williams pear and the "Red Williams,” "Gute Luise" and "Dr. Guyot” varieties. In addition to this, Reisetbauer also owns a 4 hectare plum orchard, harvesting the quinces from his master distiller. The apricots used to produce the distillery’s award-winning apricot brandy are sourced from Hans’s good friend and well-known vintner Bernhard Ott, who have been working together since 1999.

Hans is equipped with “one of the most modern distilleries in Austria,” and abides by the highest quality standards. Mashing and fermentation are started immediately after harvest, in order to best preserve the powerful aroma of perfectly ripe fruit. Fermentation is temperature controlled, and the mash is double distilled in a traditional copper pot still. The heads and tails are cut from the distillate, leaving only the heart of the brandy. About 84% alcohol is cut with the spring water of an alpine pasture in the “Mühlviertel.” “The very low calcium and sodium content of this water as well as being low in inorganic materials makes it particularly mild and soft” (producer).

The Reisetbauer name has garnered worldwide renown, its influence reaching bars and restaurants all over the globe. Han’s perpetual search for the ultimate taste, led him down a path to create his vision of a gin with a perfect palate. The first batch of Reisetbauer’s pot-still, small batch Blue Gin Vintage Dry Gin, was made in 2006 and was crafted using the locally sourced soft alpine waters, which proved a perfect match for gin production. The gin was initially made with 50 botanicals, but the recipe has since been enhanced, and the number of botanicals refined to 27.

The juniper forward gin has served as a solid foundation for, and a great counterpart to their flavorful sloe gin, which is essentially their classic Blue Gin, diluted with the juice of organic Hungarian sloe berries (which is part of the rose family and has a very high vitamin C content). This traditional combination is a historical UK favorite, and in this Reisetbauer rendition, the Sloeberry highlights the natural flavors and sweetness of the botanicals of their more traditional gin. A simplicity that allows the individual flavor components to shine.

Notes of cherry, lemon, and cinnamon on the nose. The palate is slightly sweet with notes of plums, young raspberries and citrus. The finish is dry, with a lingering fruitiness.