Size750mL Proof94 (47% ABV)
This stunning blended white rum is a collaboration with one of the oldest sugar estates in Jamaica.
Notify me when this product is back in stock. 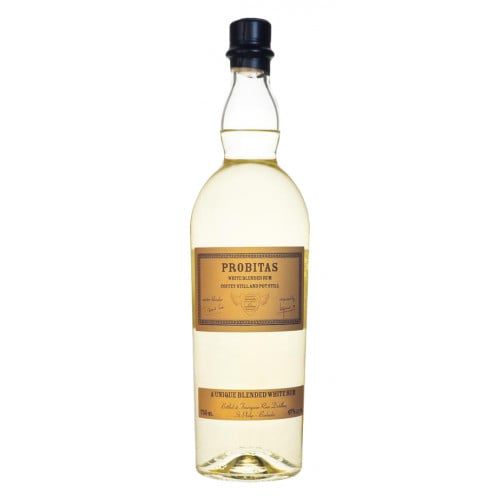 Foursquare Distillery, is situated in St. Philip, Barbados, is one of the steadfast supporters of Caribbean rum production. Foursquare Probitas White Blended Rum is a collaboration between Foursquare and Jamaican rum maker Hampden, one the oldest sugar estates in Jamaica. Probitas is an unaged blend of Coffey column still rum from the former and pot still rum from the latter which are meticulously married, cut to proof at 47% ABV. You can expect inviting notes of vanilla, sugarcane, and tropical fruits, followed by a sweet molasses finish.