Caskers Rewards members earn up to 4 store points back when buying this bottle.
Size750mL Proof80 (40% ABV)
"If you want something done right, do it yourself," was the adage Alexander Bratslavsky followed when he founded Pristine - and brought high-quality Ukrainian vodka to the States.
Notify me when this product is back in stock. 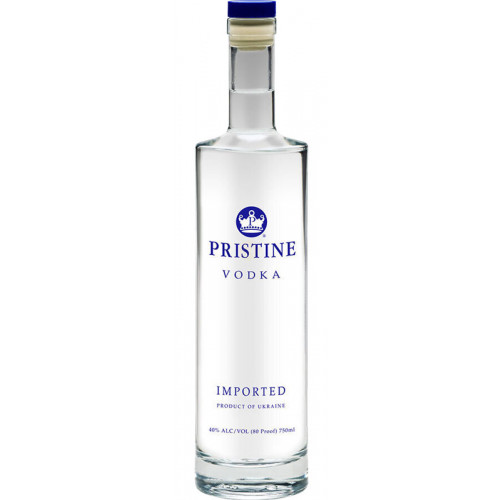 Sometimes "The name is the sign" proverb is true, and you know what you're getting with Pristine vodka: an exceptionally silky premium vodka. It's made from Ukrainian wheat, grown in the ultra-rich Chornozem black soil, and crystalline spring water from the Carpathian Mountains. They distill and charcoal-filter it five times, using old methods to get the alluringly pure and crisp spirit. Beverage Testing Institute gave it 93 points in 2012 and called it "superbly smooth and elegantly stylish," while the International Review of Spirits awarded it with Gold. Designed for connoisseurs, perfect for everyone, we'd say.

In 1989, Alexander Bratslavsky left Ukraine and moved to the States. He realized premium vodkas on American shelves were dull, flat, and overpriced. So, he decided to share the ancient tradition of fine Ukrainian vodka with his new compatriots. He started by importing vodka from the homeland, but he learned a lot along the way and finally built his own brand. His deceptively simple formula (old recipe + best Ukrainian ingredients + premium feel + reasonable price) paid off as he created a blockbuster that won multiple industry awards.