Learn more
Size750mL Proof80 (40% ABV) *Please note that the ABV of this bottle may vary
Aged 6 months in ex-bourbon barrels, this tequila then spends another couple of months in ex-single malt sherry-seasoned casks. Naturally-filtered to be completely clear, it retains the depth and complexity of its double maturation. 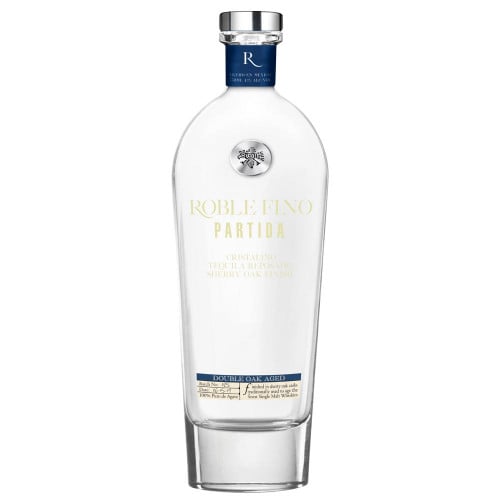 Born from a marriage of traditional tequila making and modern technology, Partida Familia Tequila is made from blue agave nectar sourced near El Cerro, a dormant volcano, in Santiago de Tequila, Mexico. From afar, the rolling hills of agave fields could be mistaken for vineyards in the south of France or Sonoma Valley. Up close, however, you can see the rich red soil, which creates the perfect terrain for maturing the agave plant. With years of experience, jimadors determine exactly when each agave is ready for harvest.

The piñas are perfectly ripened with mature, robust sugars, the blue agave is harvested by hand and slowly baked in state-of-the-art autoclaves to preserve freshness and flavor. After the agave has been baked and shredded, Valdez lets the agave juices ferment for nearly two days before twice distilling the tequila.

The Roble Fino ("fine oak") series was conceived upon Valdez's visit to Scotland, where he envisioned a partnership between tequila and Scotch single malts. He crafted 3 unique expressions: the Reposado, Reposado Cristalino, and Añejo, which build on the super-solid foundation of their award-winning regular Reposado and Añejo tequilas. These are then finished in Edrington's sherry-seasoned single malt oak casks. The Roble Fino Reposado Cristalino takes the 6-month-old liquid that is aged in ex-bourbon barrels, then adds another two months of finishing in sherry-seasoned single malt oak casks on top of that. It is then filtered naturally to remove the color, preserving the complexity of the double-aged spirit.

Naturally-filtered to be crystal clear, the tequila has a sweetness and nuttiness with olive and wood on the nose. The palate has dried fruit notes, cooked agave, toasted oak, vanilla, and nuts. Finishes dry and tannic with a touch of black peppercorn.