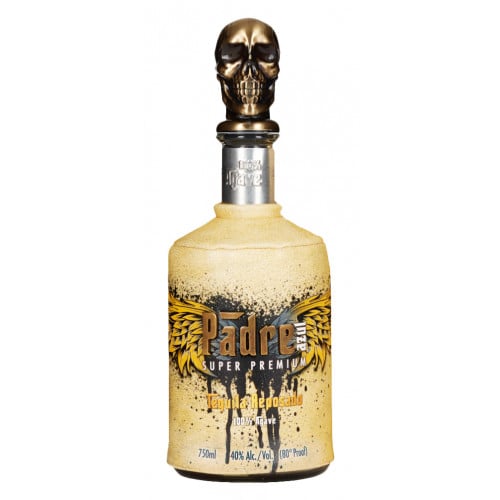 Padre Azul is the passion project of co-founder HP Eder. Eder fell in love with Mexican culture after meeting Adrian Alvarez Maxemin, a woman from Guadalajara who was studying German at a university in Heidelberg. Eder inherited a passion for distillation from his father, and his family is known for the production of high-quality Vogelbeerschnaps, a special Austrian liquor. Padre Azul was launched in 2016 by Eder and his compadres from Austria who saw a need for high-quality tequila in Europe, Eder’s Mexican father-in-law playing a crucial role in the birth of the brand.

The European tequila explorers set about on their quest for the perfect taste, finally discovering it at a small distillery in Amatitán, nearby the famous village of Tequila. The Austrian-Mexican brand Padre Azul premium tequila is purely handmade, with every step of production meticulously carried out by Master Distiller Jesus Partida Melendez and his fellow craftsmen.

The tequila is produced at the renowned Tres Mujeres distillery in Jalisco within the central Mexican Highlands. Padre Azul tequilas are distilled from only the finest blue weber agave of the Amatitán, Lowlands, Jalisco, Mexico. Consisting of Blue Weber Agave species, they produce some of the highest quality tequila. The agave is matured for eight years before it is harvested. The piñas are smoked in traditional old brick kilns at a low temperature, preventing the sugars that are released from being burned, giving the tequila a mellow aftertaste. After the piñas are smoked special yeasts are used for fermentation.

After distillation, Master Distiller Jesus Partida Melendez hand selects only the highest quality barrels to be bottled. This premium Reposado is their Blanco, matured in French oak barrels for at least eight months. Bottled in a bespoke vial featuring a 270-gram skull inspired by Mexico’s day of the dead´s culture for everlasting friendship, Padre Azul Reposado has subtle flavors of vanilla, with a remarkably smooth finish.

Soft notes of warm nuts and grass on the nose. The palate is medium bodied with a hint of vanilla, roasted pecan, and dried herbs. The finish is medium length and smooth.