Learn more
Size750mL Proof80 (40% ABV) *Please note that the ABV of this bottle may vary
Our/Vodka takes the same recipe to a collection of micro-distilleries around the globe. This one was crafted in the City of Angels and has fittingly won a gold medal at the Los Angeles Spirits Competition. 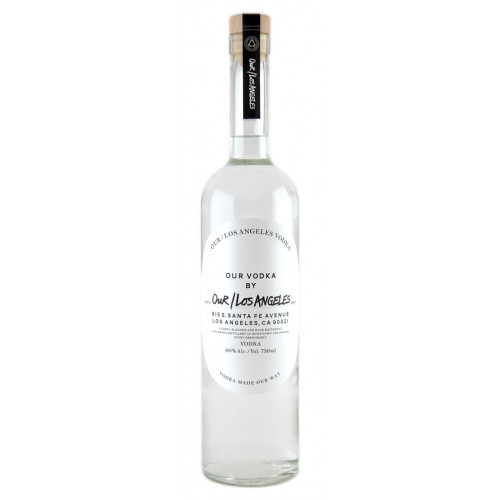 In the early 1800s, Maryland farmers were using rye as a cover crop. The rye has a fibrous and sturdy character that keeps soil healthy, protects the land from erosion, and last but not least, it serves as a base for a top-notch whiskey. Rye whiskey production also turned out to be more profitable than simply selling raw grain. After the grains were harvested in the spring and later distilled, rye whiskey became the unofficial spirit of Maryland.
Sagamore Spirit pays tribute to these early days of the Maryland distilling tradition with their carefully crafted unique rye whiskeys. Their core line is comprised of three Maryland-Style Rye Whiskeys – Sagamore Spirit Rye Whiskey, Cask Strength Rye Whiskey, and Double Oak Rye Whiskey. In the past, Maryland Rye Whiskey was famous for its smoothness and a lingering rye spice finish that harbored creamy tastes, imparted from the calcium-rich waters of Maryland limestone.
Sagamore Spirit’s whiskeys are made from water that flows from their Spring House, built in 1909, at Sagamore Farm. It comes from a limestone aquifer, which makes it pure and naturally filtered - it’s cool, crisp, and calcium-rich, or in other words: perfect for whiskey. Receiving 95 points from The Tasting Panel and a Gold Medal from the SIP Awards, their signature Sagamore Spirit Rye Whiskey exemplifies Maryland-style rye whiskey, with balanced notes of warm cinnamon, vanilla bean, honey, and spice.
At their Baltimore distillery, each batch is hand-blended for consistency in aroma, flavor, and texture. The spirit is crafted from two distinct mash bills, one a high rye and the other a low rye, that yield their signature bold flavor profile. The high rye contains rye and malted barley in a ratio that gives flavors of baking spices and fruit. The second mash bill, a low rye where corn and malted barley are more prominent, helps create a smooth, slightly sweet spirit. The two recipes are distilled, aged separately, then blended to achieve a Maryland-style rye flavor profile prior to bottling - creating a bold, approachable spirit.
Pick up a bottle today!

It's a neutral, fresh, and pure spirit with a light sweetness and fruity profile. Some gentle grain notes and a touch of spicy cloves round up this smooth drinker.