Size500mL Proof58 (29% ABV)
Based on their dry gin with 47 botanicals, this expression puts sloe or blackthorn into the spotlight. The berries macerate in the 94-proof gin for 4 weeks before the liquid is cut to 58 proof.
Notify me when this product is back in stock. 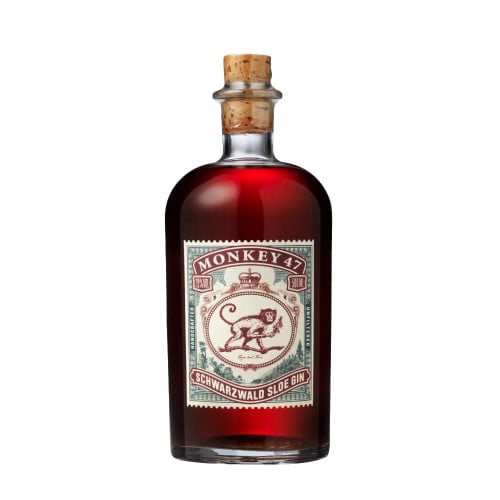 The Monkey 47 Schwarzwald Sloe Gin puts one specific botanical into the spotlight ― blackthorn, also known as sloe. The close cousin of the plum is known for reducing inflammation, helping with upset stomachs, as well as several other health benefits. The berries are harvested following the first frost of the year, washed, and left to macerate for 4 weeks in their 94-proof Schwarzwald Dry Gin. By the time they draw the macerate from the top, the sediment has settled to the bottom of the tank. The liquid is then cut down to 58 proof and left to rest for an additional 6 weeks.

Get your bottle of this fruity and unique sloe gin today!

The nose opens with fruity and woodsy aromas, dark fruit, blackthorn, as well as hints of juniper, nuttiness, and black pepper. It's spicy and sweet on the palate with plenty of berry notes. The finish is long, fruity, and pleasantly spicy.