Learn more
Size375mL Proof94 (47%) *Please note that the ABV of this bottle may vary
This 2019 Distiller’s Cut Edition features the captivating notes of nutmeg.
Notify me when this product is back in stock. 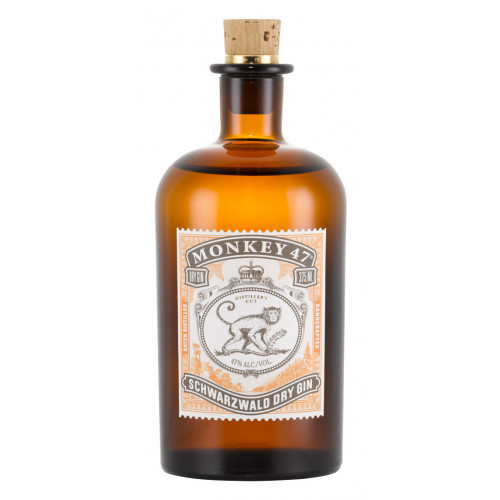 Each year, Monkey 47 creates a one-of-a-kind, limited-edition Distiller’s Cut that sets the hearts of bartenders and gin enthusiasts to racing, testing the limits of what’s possible in distilling botanical ingredients into an unforgettable sensory experience.

This Distiller’s Cut 2019 Edition is distilled with nutmeg seed Myristica fragrans, also known as mace. This spice was brought by Arab merchants to Europe in the 11th century, where it was mistaken for the dried blossoms of nutmeg trees. The mace is ground and added to the traditional macerate used to make Monkey 47. Due to the nutmeg seed’s high concentration of essential oils, it requires delicate alchemy to make each bottle as harmonious as possible. In a complex and extensive process, this Distiller's Cut is macerated once more following the initial distillation, then distilled again. After that, it's left to mature for three months in earthenware containers before being combined with soft spring water from the Black Forest.

This 2019 Distiller’s Cut is a piquant, yet elegant dry gin with delicate, subtly resinous top notes that lend it a unique complexity and unparalleled density. It's an exceptional pleasure for the palate – and not only for those who love the captivating scent of nutmeg.

A piquant, yet elegant dry gin with delicate green top notes that lend it a unique complexity and unparalleled density.