Size750mL Proof80 (40% ABV)
Inspired by the Yukagir Mammoth, this unique tusk-shaped bottle is the only distillery in Russia to be distilled from pure white winter wheat malt.
Notify me when this product is back in stock. 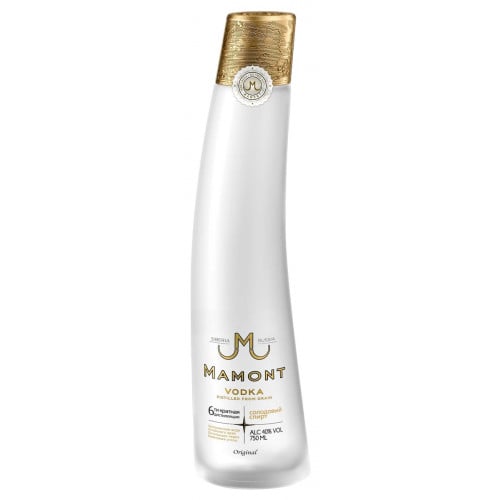 The Itkul Distillery is Siberia’s oldest distillery, tracing its history back to 1862, when a petition to distill was submitted to the Russian government. And at the typical bureaucratic glacial pace, the petition was finally granted by the administration of 1867. The distillery was established in 1868, by Konstantin Platonov, a wealthy Russian scientist from St. Petersburg, and Gregoriy Badyn, a merchant of the second guild. The Itkul Distillery is currently the only distillery in the country of Russia.

Today, the Itkul Distillery is the only distillery in the entire country of Russia to produce alcohol from pure white winter wheat malt. The facility has been significantly modernized, receiving substantial investments and upgrades to increase capacity and efficiency. Now under the name "Joint Stock Company" (often noted as “JSC”), this highly unique vodka is blended with mountain spring water from Artesian well water from the Altai region, and Silver Birch charcoal filtered six times— a Russian innovation. Local cedar nuts are added as a finishing touch. Both the name and bottle are inspired by the majestic Yukagir woolly mammoth which was discovered in Siberia in 2002. The bottle was designed to imitate its curved tusk.

Local natural ingredients and quality control during every step of production are the key components that make this vodka one of exceptional quality. Mamont has a fruit-filled nose reminiscent of raspberries and a smooth, drying palate with subtle hints of almond and marshmallow. The finish is long with a subtle anise note.

Fruit-filled on the nose, reminiscent of raspberries and a smooth, drying palate with subtle hints of almond and marshmallow. The finish is long with a subtle anise note.