Size750mL Proof42 (21% ABV)
Malibu Tropical Banana is a smooth and fruity combination of the Malibu rum’s classic coconut flavor and creamy banana. This versatile spirit is perfect for all occasions. 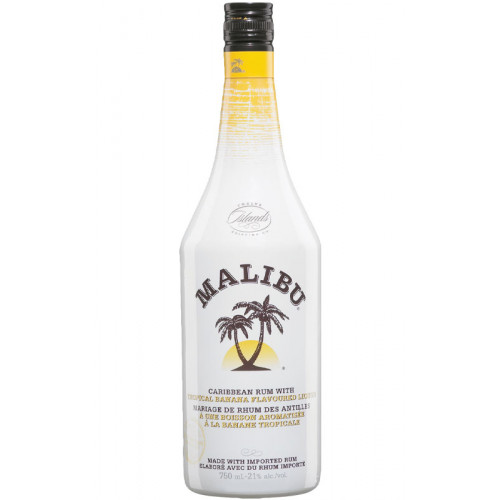 Malibu Tropical Banana combines the classic coconut flavor of the Malibu rum with creamy banana. Enjoy this smooth tropical combination on its own or mix it in a classic cocktail for a sweet banana finish.

Coconut aromas with underlying banana notes on the nose are followed by creamy banana and Malibu’s signature coconut flavors on the palate. The finish is sweet and smooth.