Size750mL Proof90 (45% ABV)
This grain-to-glass spirit is double distilled from high-quality organic wheat grown locally in Michigan.
Notify me when this product is back in stock. 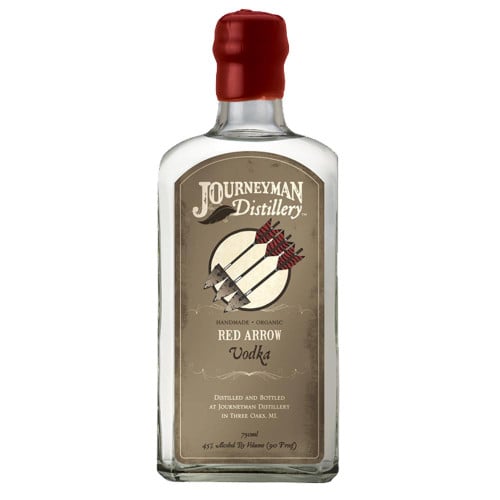 
Journeyman offers handcrafted artisan spirits that have a true sense of place or “terroir.”  They utilize all locally sourced Midwest organic grains and use unfiltered/untreated water from an underground aquifer in Three Oaks, MI. Red Arrow Vodka, named after the historic road, pays tribute to one of America’s great highways.

Journeyman is uniquely set up to create spirits from grain-to-bottle, Red Arrow Vodka grain-to-bottle is double distilled from high-quality organic wheat grown locally in Michigan. The water used in production comes directly from an underground aquifer in Three Oaks that undoubtedly adds character to this spirit.

Buttery, sweet, creamy and rich with ripened fruit, the palate is clean and smooth.