Size375mL Proof70 (35% ABV)
Made with real honey, this expression is a blend of Jack Daniel's Old No. 7 and their own honey liqueur. Smooth, with a natural honey sweetness, it's a rich and exciting whiskey liqueur.
Notify me when this product is back in stock. 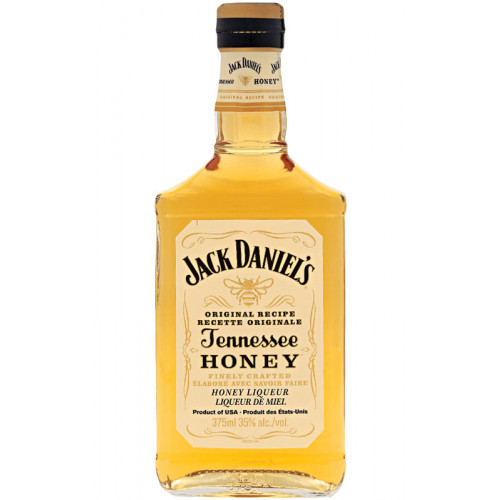 Jack Daniel's Tennessee Honey is a blend of their Tennessee Whiskey and their own honey liqueur. Made with real honey and their famous Old No. 7 whiskey, the profile is unmistakably Jack Daniels with hints of honey sweetness and their signature smoothness. That's all due to Jack Daniel's signature charcoal-filtering process that is used for this 70-proof expression as well.

Grab a bottle of this tasty whiskey liqueur today!

The aroma is rich with gentle honey sweetness and a touch of cinnamon. There are natural honey notes on the palate with some additional spice, culminating in a medium-long finish with lingering honey.