Be the first to review this product
The exact components of Ichiro's Malt & Grain World Blended Whisky are kept secret.
$286.99
Add to Wish List

Fueled by a belief in the potential for Japanese single malts, Ichiro purchased the casks from his father. Also, Ichiro began studying distillation techniques at Benriach and Springbank Distillery, before returning to Japan and constructing a state-of-the-art distillery in Chichibu.

This Ichiro’s Malt is one of the most sought-after limited edition annual releases from the Japanese master.

The exact components of Ichiro's Malt & Grain World Blended Whisky are kept secret, but there appears to be a lot of local, Chichibu Distillery Spirit with enough outside elements to craft the desired flavor profile. This is a combination of single malt and grain whiskies married at the Chichibu Distillery, bottled at a solid 48% ABV.

Notes of bananas, sweet honey on the nose followed by a salty sweet palate with notes of fruit and bourbon cask sweetness. The finish is sherried with subtle oak. 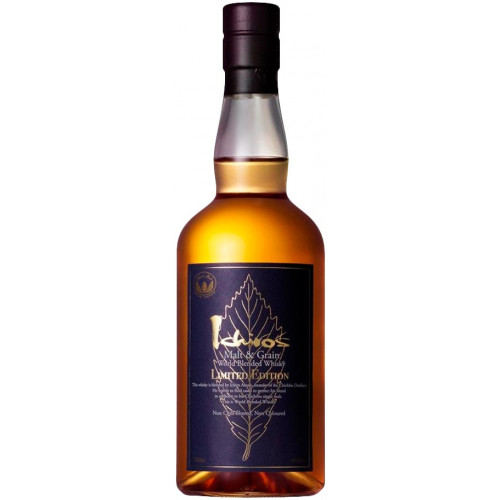