Learn more
Size750mL Proof80 (40% ABV) *Please note that the ABV of this bottle may vary
Named after one of 2 cats that came into the Hombo family in 2017, this expression reflects the critter's outgoing personality. Finished in port wine casks, it's a sweet and fruity 80-proof Japanese whisky that is limited to 1,140 bottles.
Notify me when this product is back in stock. 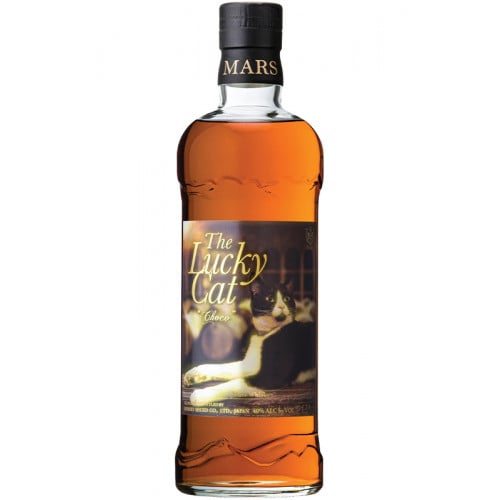 Mars Shinshu is Japan's highest whisky distillery, at 798 meters ― just over 2,600 feet ― nestled between Japan’s Southern and Central Alps. Mars Shinshu is owned by the Hombo family, who have been in the business of distillation for over a century.

Whisky became a part of the Mars Shinshu production lineup in 1949. In 1984, Shinshu decided to move their southernmost Kyushu distillery to the picturesque alpine Miyada village, where the high altitude and cool climate make for suitable conditions for whisky-making. The whisky is produced from mineral-rich waters that pass through granite rock.

Mars Shinshu’s whiskies are full of high-quality character and complex flavor. Two cats came into Mr. Hombo's family in 2017 ― Hana and Choco. A whisky expression was named after each cat, Choco being more outgoing of the two. The whisky mirrors the cat's personality. Finished in port wine casks, the 80-proof whisky is sweet, fruity, and complex. This release is limited to 1,140 bottles.

The whisky opens with brown sugar, maple syrup, and toasted oak aromas. The palate is sweet with fruity sherry notes and tannic undertones. You can expect a long finish with cacao notes.