Learn more
Size750mL Proof92 (46% ABV) *Please note that the ABV of this bottle may vary
Master Whisky Maker Gordon Motion chose 3 different casks for this expression: first-fill sherry seasoned European Oak casks, first-fill sherry seasoned American oak casks, and refill casks. A scant 15 casks went into the creation of this intense yet balanced expression.
Notify me when this product is back in stock. 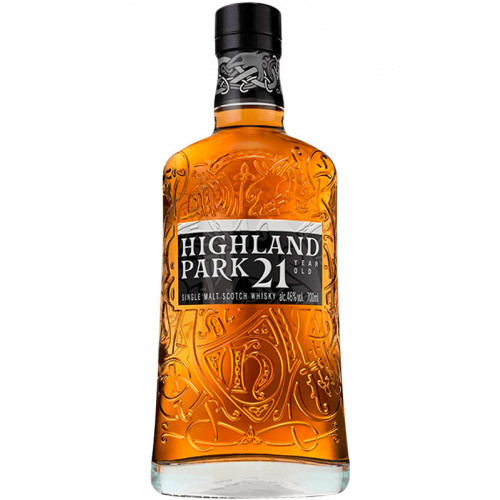 Situated in the Orkney archipelago in Northern Scotland, Highland Park Distillery was founded in 1798 by Magnus Eunson. The name of the distillery is derived not from the region of Scotland known as The Highlands — the Orkney islands are not a part of the Highlands — but rather from the region known as High Park, where the distillery was founded. Highland Park is an incredible longstanding whisky house, and they pride themselves on their rich Norse heritage, an essence that is reflected in their craft.

Today, over two centuries after its founding, Highland Park Distillery remains one of the few Scottish distilleries that continues to hand-turn, malt, and peat its own barley, using locally cut peat from the nearby Hobbister Moor. The malt is peated to 20 parts per million phenols, and then mixed with unpeated malt produced on the Scottish mainland. After malting the barley, Highland Park Distillery smokes it using peat sourced from Hobbister Moor, a peat bog located approximately seven miles from the distillery.

Hobbister Moor peat is sourced from floral heather bushes, which burn hotter and cleaner than the grassy peats of Islay. The peat is "absolutely fundamental in understanding the flavor of Highland Park Whisky," says Russell Anderson, the distillery manager. Together with Orkney's unique environment (the temperate, moist climate of the archipelago results in an even maturation process), the peat gives Highland Park Whisky its traditional malty flavors that are tempered by an ever-so-subtle touch of smoke.

Get your bottle of this exquisite 21-year-old now!

You can expect fruity notes of ripe mango, dried orange peel, and sweet pear, along with ginger, nutmeg, and vanilla. It's a creamy whisky with aromatic oaky and peat smoke notes and a long finish.