Learn more
Size750mL Proof86.8 (43.4% ABV) *Please note that the ABV of this bottle may vary
This limited-edition 2020 release from Master Distiller Lesley Gracie's Cabinet of Curiosities is a floral, spicy, and bright gin that is inspired by the moon. 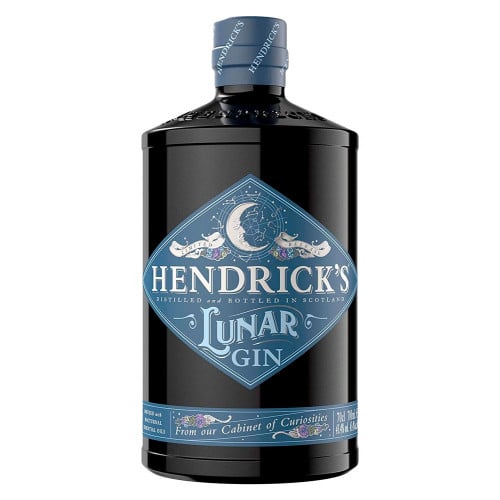 Hendrick’s Gin is made in small batches of 500-liters or less, with both the Bennett and Carter-Head stills working their magic on Hendrick’s unique mix of botanicals, which include yarrow, elderflower, juniper, angelica root, orange peel, caraway, coriander, chamomile, cubeb berry, orris root, and lemon. After distillation, Hendrick’s Gin is infused with Bulgarian Rosa Damascena and specially selected cucumbers — an odd combination that produces miraculous results.

Hendrick's Lunar Gin is the second limited-edition expression from Master Distiller Lesley Gracie's Cabinet of Curiosities following 2019's release of the Midsummer Solstice Gin. Floral and spicy, the idea for this 2020 release came to Gracie while tending to her botanicals and stargazing. With the moon serving as the inspiration, it's a smooth and subtly bright 86.8-proof gin ― just like the moonlit sky.

Floral aromas greet the nose with a bright and citrusy background with juniper and pine notes. It's equally floral on the palate with blossoms and a pleasant peppery spice. Finishes smooth and long with the citrus and spice lingering.