Size150mL Proof94 (47% ABV)
Made with gentian, dried and crystallized ginger, and real lemon and orange peel, these versatile bitters add a kick and bright citrus notes to your cocktails.
Notify me when this product is back in stock. 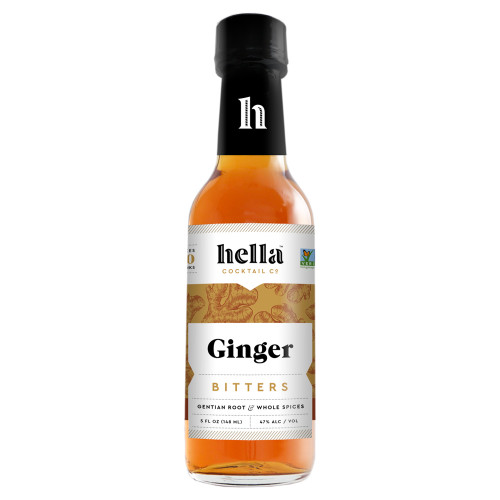 Their bitters are crafted with gentian, known as "The King of Bitters". The plant is indigenous to Europe and is known to aid digestion. Their proprietary bitters have spices such as anise, allspice, fruit peel, and various botanicals. Each 5 oz bottle contains enough liquid for 80 drinks. Hella Ginger Cocktail Bitters are made with caramel, both dried and crystallized ginger, real lemon & orange peel, gentian, roots, and spices. These versatile bitters lend themselves well to a number of different cocktails bringing a lively kick and citrus notes to the profile.

Grab a bottle of these versatile bitters today!

These versatile bitters bring a vibrant ginger kick to any profile along with bright citrus and lemon zest notes.