Caskers Rewards members earn up to 4 store points back when buying this bottle.
Size750mL Proof80 (40% ABV)
This premium plain vodka is brought to you by Bryan “Birdman” Williams and Grand Touring Vodka. Not only is it distilled 6 times, filtered with carbon, and mixed with pristine water. GTV Original is also a very well-loved video vixen.
Notify me when this product is back in stock. 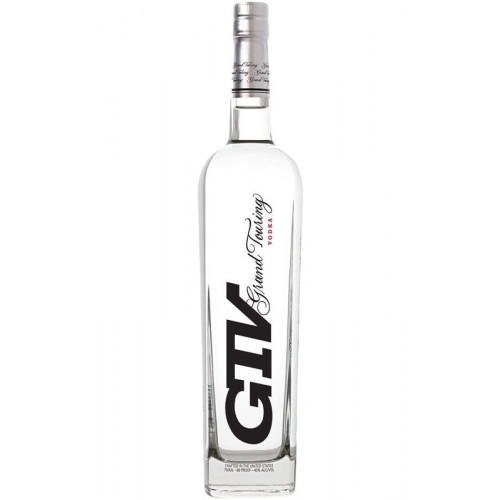 There was a time when rap and vodka didn’t really mix. Since we came to see a budding market for hip-hop celebrity vodka, that severed up a few very successful spirits.
Bryan “Birdman” Williams and GTV or Grand Touring Vodka started their journey back in 2012, resulting in a pretty tasty tipple. Birdman has been an influential figure in hip hop since the 1990s. He is connected with Cash Money Records and Young Money, representing artists like Busta Rhymes, Lil Wayne, Drake, and Niki Minaj.
The Grand Touring Vodka Company produces GT Vodka from Florida, and while there are some interesting flavored expressions of GTV out there, this one is the original. It is column distilled 6 times. Filtered through ‘activated stone carbon.’ Clocking in at 40% Vol. The smoothness and taste of the spirit live up to the Grandiose motto: Live grand. Tour in Style. It performs impeccably neat or in a cocktail. The Grand Touring Vodka has been described as smooth, clean, and fresh, so it is safe to say this dram isn’t just playing around.

A crystal-clear plain vodka with a tingling sensation to entertain the taste buds.