Size750mL Proof80 (40% ABV)
A different beast than their flagship Black Seal Rum, this spicy, sweet, and fruity amber rum is a blend of pot-still and continuous-still rums that are aged in ex-bourbon American oak barrels for 3 to 5 years.
Notify me when this product is back in stock. 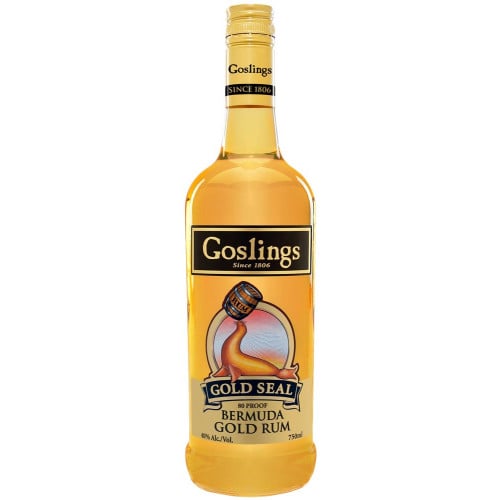 Goslings claim to fame was their dark rum, the flagship Black Seal Rum. The Gold Seal Rum is an entirely different beast. Their first new product in more than 100 years, it's an amber rum that is the result of years of experimenting. It's a blend of pot-still and continuous-still rums that are aged in ex-bourbon American oak barrels for 3 to 5 years, before being bottled at 80 proof. Smooth and versatile, it's great as a shot, on the rocks, or in classic cocktails.

The light gold amber rum opens with butterscotch, vanilla, and floral notes. It's creamy and spicy on the palate with caramel notes, as well as a prominent sweetness and oak. Finishes long, gentle, spicy, and slightly warming.