Size750mL Proof80 (40% ABV)
The rested Reposado variant of the super-pure and crisp G4 Tequila has spent at least 6 months in ex-bourbon oak barrels, which brings additional fruity and spicy notes to the profile.
Notify me when this product is back in stock. 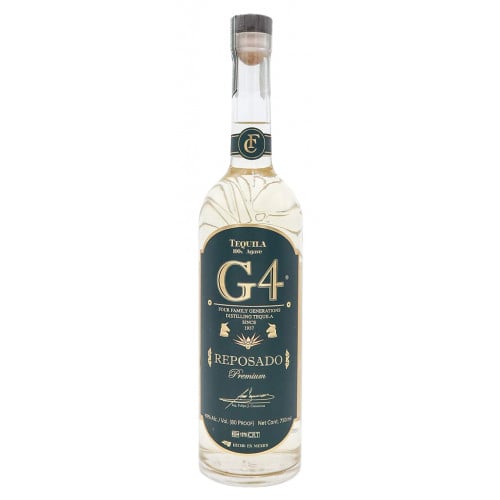 As all their tequila, the G4 Tequila Reposado expression is made from 50% spring water and 50% harvested rainwater and bottled at 80 proof. All the maturation takes place in-house, often giving the spirits twice the amount of aging necessary for a particular category. This gives the end product an exceptional smoothness and complexity. The Reposado has spent at least 6 months in ex-bourbon American oak barrels, which adds additional fruity and spicy notes to the extra-pure and crisp Blanco.

Building on the Blanco's agave-forward, crisp, and smooth profile, it has notes of pepper, peach, grapefruit, plum, and licorice. The slight heat is never unpleasant.