Learn more
Size750mL Proof85.6 (42.8% ABV) *Please note that the ABV of this bottle may vary
This exquisite Japanese whisky earned 90 points as Whisky Advocate's Top 20 whiskies of 2017.
Notify me when this product is back in stock. 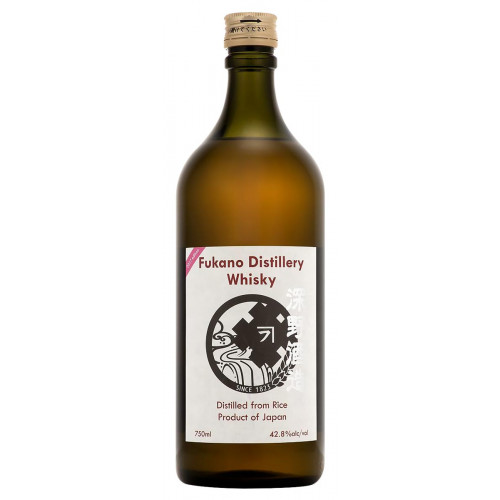 Founded in 1823, Fukano Distillery is situated in Hitoyoshi City, of the Kumamoto Prefecture of Japan on the island of Kyushu. Nestled in the Kyushu mountains, Hitoyoshi is renown for its pure water and unadulterated nature.

Most known for producing shōchū —a traditional Japanese spirit made from rice— Hitoyoshi is in its fifth generation of Fukano’s, now run by Shigeruriku Fukano. Fukano whisky is distilled from a combination of both malted and un-malted rice and passed through stainless steel still.

Rice doesn’t require copper stills during production, due to its sulfur-free nature. It is a clean distillate. Distilled to a low proof, the resultant spirit, technically a shochu is then transferred to new charred oak barrels and matured in a warehouse

These limited-run whiskies are rare, with only a few casks bottled each year. Aged in new, charred oak barrels before being bottled from a single barrel. This exquisite Japanese whisky earned 90 points as Whisky Advocates Top 20 whiskies of 2017.