Size750mL Proof80 (40% ABV)
This exquisite Four Square Port Cask is distilled using column and pot stills, aged an additional 6 years in ex-port barrels.
Notify me when this product is back in stock. 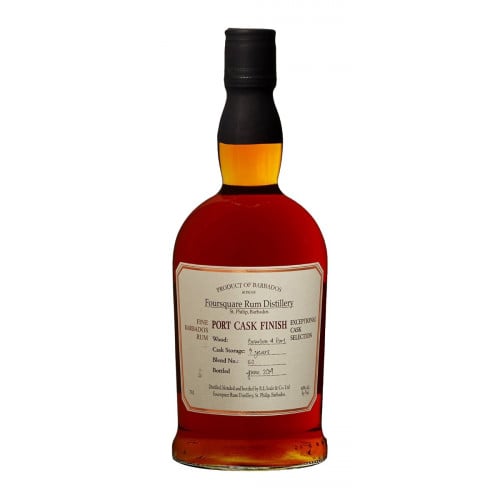 Foursquare Distillery, is situated in St. Philip, Barbados, is one of the steadfast supporters of Caribbean rum production. This particular release was created by 4th generation distiller Richard Seale (also known as the “Pappy of Rum”), as a tribute to an early period of rum production when it was transported in ex-sherry and port barrels.

This Four Square Port Cask is distilled using a combination of column and pot stills, before being aged 3 years in ex-bourbon barrels. The Caribbean elixir is aged an additional 6 years in ex-port barrels. This Foursquare Port Cask initially has quite a lot of oak on the palate. It is a very smooth sipping very clean rum. Followed by a dry slightly tannic red wine finish.

A lot of oak on the palate followed by a very smooth very clean mouthfeel. The finish is dry with a slightly tannic red wine finish.