Size750mL Proof80 (40% ABV)
This craft vodka, which is infused with Oregon berries, took two full years to make.
Notify me when this product is back in stock. 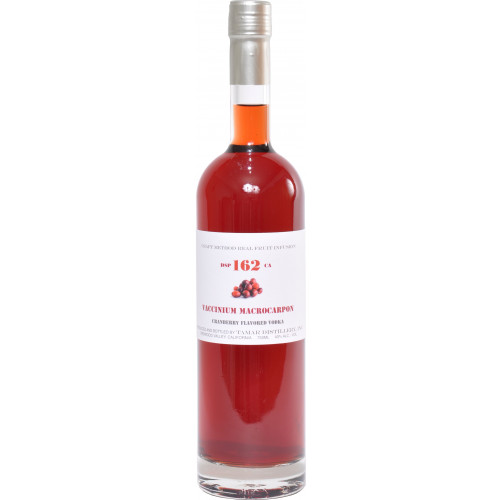 DSP CA 162 Vodka's name comes from the registration number of the original federal license obtained by Germain-Robin for this first distillery, which was established in 1982. Along with St. George Spirits, this distillery was the first officially licensed "craft" distillery since prohibition began in 1919.

DSP CA 162 Vodka is made by blending wheat vodka with vodka blended from aromatic wines — local grapes are vinified and distilled on the Germain-Robin cognac still before undergoing a second distillation on a high-proof Holstein potstill. To create DSP CA 162 Cranberry Vodka, Oregon berries are infused into the vodka before the resulting maceration is added to DSP CA 162 Buddha’s Hand Vodka, giving the final product a beautiful, bittersweet flavor profile. The entire process took two full years.

DSP CA 162 Cranberry Vodka has an aroma of ripe cranberries, which leads to a creamy palate filled with cranberries, black cherries and mint. The finish, which starts off sweet, leaves a pleasantly bitter and dry impression that lingers.

Aroma of ripe cranberries, which leads to a creamy palate filled with cranberries, black cherries and mint. The finish, which starts off sweet, leaves a pleasantly bitter and dry impression that lingers.