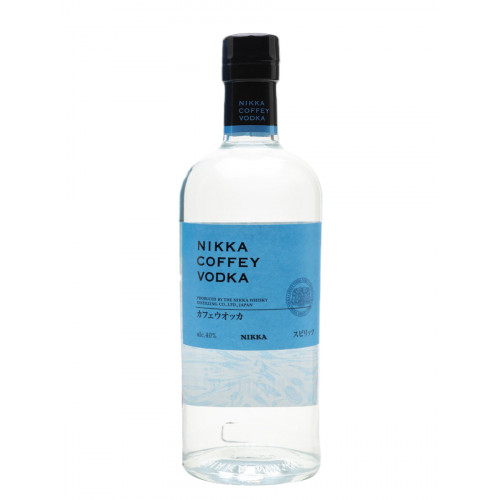 In 1895, Masataka Taketsuru — the father of Japanese Whisky — was born in the small town of Takehara, Japan. At the time, Masataka's family owned a sake brewery, and in preparing to carry on the family trade, Masataka studied chemistry and biology at Osaka Technical High School. After graduating high school, Masataka showed more interest in whisky than in sake, and in 1918, he enrolled at the University of Glasgow in Scotland, becoming the first Japanese ever to study the art of whisky-making. While in Scotland, Masataka took chemistry courses during the day while apprenticing at distilleries at night, learning to distill and blend whisky first-hand at some of Scotland's most prestigious distilleries. In 1920, Masataka returned to Japan, and within the decade, had produced the country's first single malt whisky.

This is Nikka’s first ever vodka. Distilled through Nikka’s signature Coffey stills, this vodka is extremely silky and smooth compared to other’s in its class. This is the same traditional continuous still used to produce Nikka’s famed whiskies. The vodka is crafted from corn and barley, blended meticulously and refined with white birch charcoal yielding an incredibly balanced mellow spirit. The result is a clean, refined spirit, a pure Nikka expression.

Subtle white peach on the nose. The palate is clean with malted notes and delicate fruited notes. The finish is smooth.