$36.99
Size750mL Proof80 (40% ABV)
This unique Bhudda’s Hand infused vodka is crafted using a maceration technique, and distilled by the gifted hands of Crispin and Devin Cain.
Notify me when this product is back in stock. 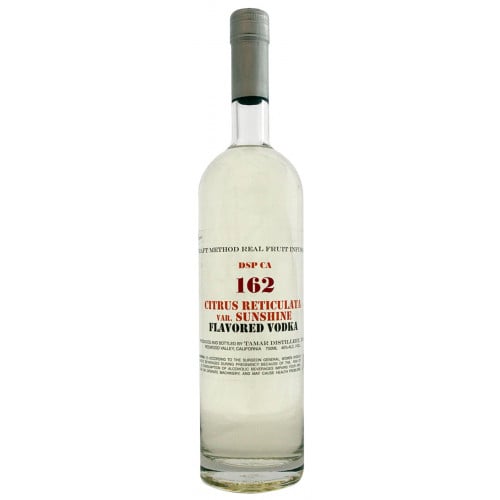 DSP CA 162 Vodka's name comes from the registration number of the original federal license obtained by Germain-Robin for this first distillery, which was established in 1982. Along with St. George Spirits, this distillery was the first officially licensed "craft" distillery since prohibition began in 1919. DSP CA 162 Vodka is made by blending wheat vodka with vodka blended from aromatic wines — local grapes are vinified and distilled on the Germain-Robin cognac still before undergoing a second distillation on a high-proof Holstein pot still.

Citrus medica var sarcodactylis, also known as the fingered citron, is a uniquely shaped citrus fruit, segmented into finger-like sections, remotely resembling a human hand. Native to South East Asia, it is commonly referred to in Chinese as Buddha's hand, as well as in Japanese, and Korean.

DSP CA 162 Citron, from the beautifully fragrant Buddha’s Hand, is crafted using a maceration technique. Sourced from California, the Buddha's hand undergoes a powerful maceration before it’s re-introduced to the spirit. The Citrus Medica fruit, according to Coale, is extremely ideal for maceration, and distillation, due to is lack of juices, which tend to oxidize. Buddha's Hand also yields a milder citrus flavor than the typical lemon infused vodka. Distilled by Crispin and Devin Cain, this infused vodka is has light lemon flavors, followed by a long smooth finish.

Soft, round, beautiful, fresh lemon aromas on the nose. Smooth and delicious on the palate, with notes of lemon, this vodka has a long finish.