$34.99
Caskers Rewards members earn up to 1 store points back when buying this bottle.

Size750mL Proof80 (40% ABV)
Back after 15 years due to popular demand, this flavored expression is crafted with Grey Goose winter wheat vodka and natural vanilla essence from Madagascar vanilla beans. The 80-proof vodka is refined and creamy with lush vanilla, caramel, and floral notes.
Notify me when this product is back in stock. 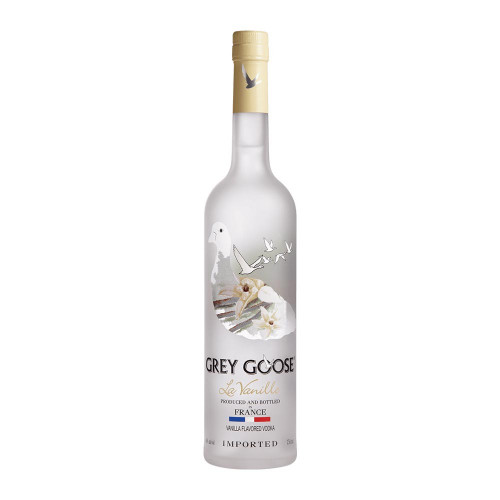 Grey Goose's lineup of flavored expressions is crafted with their winter wheat vodka serving as the base. Grey Goose La Vanille was one of the first flavored vodkas to be released by the company. Now it has returned after 15 years of absence due to popular demand. It's a complex and refined vodka that is infused with natural vanilla essence from Madagascar vanilla beans. Creamy with caramel, vanilla, white chocolate, and floral notes, the expression is bottled at 80 proof.

It's a refined, creamy, and complex vodka with vanilla, white chocolate, milk caramel, and almond notes, as well as floral undertones. The finish is slightly peppery with vanilla and caramel notes lingering.