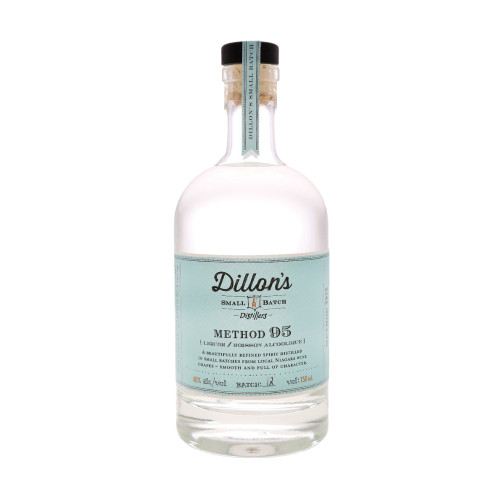 Dillon’s Small Batch Distillers opened its doors in 2013. Located in Ontario, they are a small artisan distillery specializing in gins, white ryes, and vodkas. After its launch Dillon’s quickly established themselves as one of Canada’s up and coming craft distilleries. All ingredients are locally sourced and distillation is overseen by distiller Geoff Dillon. The spirit is distilled from Niagara wine grapes, giving the vodka a smooth well rounded character.

Expect exceptionally sweet and velvety notes of lychee, banana and marshmallows. This Canadian vodka has garnered critical acclaim winning several awards since its release. It received Bronze and Silver medals at the 2013 and 2014 San Francisco World Spirits Competition and earned Silver medals at the 2014 and 2017 New York International Spirits Competition. It also received 89 points from Wine Enthusiasts Magazine. Enjoy it chilled straight, or in a plethora of signature cocktails.

Subtly sweet notes of fruit, on the nose and palate. Lychee, marshmallow and banana. Rich smooth and silky on the finish.